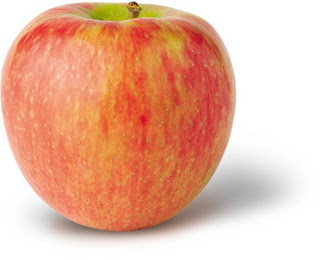 How did we get here so fast? It has been a while since wrote a garden update:
The garden did well despite the season of rain we had! I got summer squash, swiss chard, green beans, eggplant, peppers, artichokes and some pumpkins.

I didn't spray and we got plectosporium and black rot... boo and lots of bugs. So next year I will have to suck it up and spray at least a few times.

It has been precious to see Ladybug and Liam. They have learned that they can harvest their own tomatoes if they just sneak in and grab them. It was the funniest thing I have seen in a while! Fine with me, there were plenty!

I love fall, at leas the start of autumn because it is time to harvest and enjoy the long warm days and golden sunshine!

I love harvesting my winter squash and sweet potatoes for my research. Any chance to be at the farms is spent cherishing the warmth, the sweet honey crisp apples and the blue sky.

My mom always said she didn't like fall because it remind her that the plants are dying and its the end of the season. Though this may be true, I look at how amazing it is God created this system as a way for each season to build.

There is a season for everything! Yes, I get depressed when the leaves turn brown and drop in November but them there is the excitement of the first snow fall to look forward to! Oh how I missed than when I was in FL..... didn't feel like Christmas even with the decorated palm trees!

Happy first day of autumn!
Posted by Veggie Girl and Family at 11:46 AM No comments:

Another semester begins: What do I do all day you ask?

Its not your fault if you don't understand what a grad students life is like...... truthfully it changes daily and thats kind of what makes it fun.

Do not be mistaken: REAL WORK GET DONE!

So many of my family friends don't really get what I do all day, is it school work? Work work? Part time or Full time? Do I get summers off? Do I pay for school? How can we afford it?

Well here it is in a nutshell to dispell all myths and rumors (at least I will try):
1. Research Project- Ever evolving research that sometimes takes up ones entire life at times and at other times ebbs and flows. My research is based on growing vegetables in the field thus, it is dependant on the season. I also do lab work in the off season. So there is work to do year round! Most projects are like this with 1 or 2 parts of the year being the busiest!
2. Classes- Typically classes for a phd are taken in the first 2 years, not as many are taken each semester b/c there has to be time to do research and TA. I took all of my classes and then took my oral/written exams to prove competency. Now I just sit in on classes if I feel like it
3. TA- This is how I get paid, I am paid 9 mos. of the year to TA- basically help the faculty member, attend class, instruct lab periods, grade papers, give exams etc. supposed to be 20 hrs. but way more than that in reality
4. Schedule- It varies here and there but most of the time I work 9 hr days, come home and then do work after dinner almost every day and on the weekends
5. $$- I don't make a lot but that is the price I pay for being in school. I do get paid in the summer and work f/t then not on a TA but get a fellowship or paid by my advisor to do my work- its usually about the same pay as what I get in the school year.
6. Weekends- Spent doing work on the research, reading and checking email- bad its hard to unplug!
7. Finishing- Million dollar question! I hope this spring but it all depends on how the research goes and how fast I can synthesize my work into one document!

This is typically how it goes for me as a grad student. It changed when I was teaching full time. :) 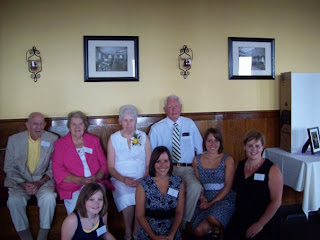 My great uncle Fred passed away this week, I just saw that side of my family a few weeks ago at my grandparent's 60th Anniversary party (yea 60 years imagine that!). My memories of Fred are from Christmas eve parties when I was kid and his gentle manner. He was always smiling and had a ready to laugh. He and my aunt were a good balance and they had 4 kids that though they were older than me, we always got along.

When I heard of his passing, I ran right out to get a condolensces card for my aunt. I wasn't sure I was going to make the service. Just picking out the card brought me back to sad feelings I had about losing my Nonna. That loss still feels so fresh in my heart. I actually teared up in the card aisle.

I did go up to the service for Fred a few days later, the church was beautiful and much of my family was gathered. I was struck by the finality of seeing the casket at the alter and the flag folded up next it to acknowledge service to our country.

As I am sitting there dwelling on the loss of Fred and the loss the family is feeling I found myself reflecting on my Nonna. The hymns were different and yet the sentiment was the same. It really struck me when the minister actually acknowledged that times like this can cause us to mourn again for the losses we have felt previous to the one we are acknowledging now.
So true for me.

After the service we gathered for a reception and I caught up with family. The mood was pretty light, there were kids running around and that always lightens things. Even Fred's son said Fred would have wanted us to 'get on with it' and enjoy the day.

Even at his grave, it was hard not to enjoy the surroundings, the ocean nearby and 100 year old trees dotting the massive cemetery. The minister also acknowledged that though we think of cemetaries as a place that represents death, it in many ways is full of life. It was not hard to see all of the trees, the flowers, the grass and folks walking threw on their lunch hour.

Still, it was somber for us as we laid Fred to rest. The military was there and taps was played. There wasn't a dry eye. For Fred, for our country as we are at war and my thoughts about my own grandpa. He served too and I shudder thinking about the day we will have to say goodbye to him.

It is never easy to let a loved one go. God reminded me though that even though in our hearts we grieve for those we feel we lose in this life to death, if they knew Him we will be reunited one day. We can't understand God's timing and why He decides to call one of His own home. We can only feel comforted that God has a plan for Fred, for me and for you, if we are faithful it will be revealed to us. Realizing this helped me not miss Nonna as much and deal with the loss of uncle Fred.

Aftwards it was so nice to get to spend time with family I don't see that often. I also got some quality time with my mom. It isn't often we get time together without other family or Josh and sometimes its nice. We ended up going shopping after (of course). Felt good, but bittersweet. It made me miss the times we got to spend shopping and hanging out in years past. She really is the best shopper! Sorry to anyone else but I would pick her as my shopping buddy hands down!
However, I don't shop with her often because I always spend too much!

Rest in Peace Fred, you will be missed but not forgotten.
Posted by Veggie Girl and Family at 3:54 PM 1 comment:

Welcome to my blog!

This blog is all about plants, PhD.'s and family!

Veggie Girl and Family
I am a 30 something grad student working on my PhD. I am married to a wonderful guy, J. We have started our life in NH and added 2 wonderful Goldens to our family! We welcomed a sweet baby girl this fall to our little family...its growing!